ELK Studios is a newer, medium-sized slot and mobile casino game developer studio based in Stockholm, Sweden. As with many Swedish studios, ELK prides itself on not only the aesthetic of its games but also its functionality and usability.

The studio leans towards mobile-first gaming content, and their unique “ELK Compete” offers an interesting way for game-players to be more social and competitive by turning their favourite games into multiplayer experiences.

In this article, we’ll go over everything you need to know about this top Swedish game design studio, including their top games, the history of this company, their variety of games, and their best slot games.

If you want to play ELK Studio games right now, then skip straight to our lists of free slot games from ELK and the top online casinos to play ELK games for real money. Our FAQ section will also cover some different questions you may have about ELK Studios. 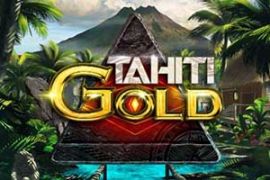 ELK Studios was founded in 2012 and set up a base in September 2013 when they opened their first office in Engelbrektsgatan, Stockholm. Their first slot game “The Lab”, hit the market in October 2014. Since then, the studio has brought out 35+ games.

In September 2015, ELK moved their base to Vasagatan 40, Stockholm, and then again in March 2017 to Central Station before being awarded “Game of the Year” for the slot game “Wild Toro” at the 2017 EGR Operators Awards.

At the moment ELK Studios has 35 slot games in their portfolio with one new release set to come out on the 5th of May 2020. The types of slot games ELK designs include traditional style slot games and some unique design that feature 7x7 grids and symbol queues.

The themes and plot-lines of the games in the ELK Studio game portfolio are varied; there are slot games revolving around unique ELK characters like Sam the Troll, Captain Diaz, and Diaz Jr. Toro, while other slots are based on medieval, Egyptian, vampire, voodoo, circus, pirate, Chinese, magic, Vegas, and many other themes.

One thing all the games have in common is the awesome graphics, illustrations, and animations. ELK aims to bring its players a human touch with its unique, hand-drawn digital art. And the ELK game selection certainly achieves this no matter what the theme is.

Here’s a list of five of ELK Studios most popular slot games.

“Wild Toro” is undoubtedly the top ELK game. In 2017, ELK Studios won the “Game of the Year” EGR Operator Award for this masterpiece of a slot game. Just play this game for free to see why.

The game symbols include beautifully illustrated Spanish medallions, a rose, a Spanish fan, an orange with a dagger through it, and the sneaky matador — Captain Diaz’s son, Diaz Jr. Toro, and El Toro (the bull) as the wild symbol.

What makes this slot game fun and unique is the bull chase. When matadors appear on the reels at the same time as El Toro, El Toro will charge through the reels to get to the matadors, knocking them off the reels and turning all the reels that he charges through into “Wild Toro” symbolsю

The three “Taco Brothers” are the main characters in these slot games.

Join the three brothers in their taco rebellion as they fight Captain Diaz to romance the local town beauty.

Sam on the Beach

This quirky slot game revolves around Sam and his troll family's visit to their uncle Ted in the Caribbean. When his wife Sandra, or daughter Maggie, or uncle Ted appear on the reels, you can expect rewards like free spins and multipliers.

This classic slot game features all your fruity symbols — lemons, cherries, and watermelons, as well as classic 7’s and Bars, and the unique Ivanhoe Bonus symbol and a crown. Just like many classic slots, the reels on Ivanhoe don’t line up.

Where is the ELK Studio’s headquarters?

What are some other awards that ELK Studios has won recently?

In 2019, ELK Studios won 9th place in the Di Gasell competition for the fastest-growing Swedish companies.

What are the names of the upcoming 2020 ELK Studios slot game releases?