All great companies have specific shared characteristics. One of these characteristics is being able to evolve and develop with changes in the respective industry. Being creative and innovative is also important to keep ahead of competitors.

Amaya Gaming is a company that continually shows these vital traits. One of the big changes undergone by this establishment is the name change from Amaya Gaming to The Stars Group. This change occurred in 2017.

This gaming provider has an interesting history of almost two decades. It was founded in 2001. The headquarters for this establishment is in Toronto, Ontario in Canada, although it has licences and appropriate authentication in various territories.

Amaya inc. also possess licences that are valid over multiple jurisdictions such as those from Malta and Isle of man. The products and services from this provider are also available to customers based in Europe as well as North America. 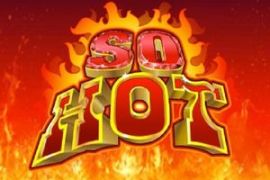 Online Casinos with Slots by Amaya

Amaya Gaming began its journey 19 years ago. The company expanded to the extent that its shares even traded. Its shares traded on Nasdaq as well as the Toronto stock exchange.

In its early days, Amaya Gaming concerned itself with mostly electronic table games. These games included bingo, horse racing, and mahjong. As the company expanded, certain deals made, assisted to facilitate strategic growth.

One of these agreements led to a platform that allowed customers to purchase lottery tickets from their mobile devices. Some first countries where this was allowed are Kenya, Uganda, and the Dominican Republic.

As Amaya Gaming’s level of market stability increased, it acquired other businesses such as Chartwell Technologies, CryptoLogic, and Cadillac Jack. These acquisitions assisted the company in its global expansion plans.

In 2014 Amaya Gaming was named TSX Tech Stock Of The Year at the Cantech Letter Awards. In June 2014 the provider announced that they would purchase the world's largest online poker company, known as the Oldford Group.

The deal was closed on the first of August 2014. This transaction made Amaya Gaming the largest publicly traded gambling company in the world. After a relatively good spell of growth, Amaya Gaming came into some legal trouble with Canadian regulators, which led the CEO of the company to resign.

In 2015 a court in Kentucky declared that the provider should pay $870million in penalties to cover alleged losses, but the decision was overturned in 2018. On the first of August 2017, Amaya Gaming took the decision to change its name to the Stars Group.

This acquisition was complete in May 2020. After its merger with Flutter Entertainment, the Stars Group shares are no longer traded on Nasdaq and the Toronto Stock Exchange.

The Stars Group owns a number of big names in terms of casinos. Amaya Gaming Casinos have a global reach and include gambling establishments of different types. Amaya Gaming has sport betting providers, poker providers as well as online casino entertainment providers.

Some of Amaya Gaming's international brands include:

Due to the fact that Amaya Gaming is such a large enterprise, the gaming variety is quite wide. It offers poker of the highest quality and even hosts some of the best online poker championships.

In terms of poker, this provider has more licences than any other gaming company. The Stars Group also offers sports betting. The betting options extend over dozens of sports with various betting markets.

There are also in-play betting options available in this gambling segment. Amaya Gaming also has a live casino and floor games with exclusive social features and multiplayer formats. In the casino category of Amaya Gaming, there are also slot games, most of which are five-reel.

It also has a variety of progressive jackpot slots for customers to enjoy. The provider also has software that enables players to undertake in lottery games.

Like all great software providers, the Stars Group have several favourites amongst slot games. The most well-loved of Stars Group games include:

The variety of slot games at this provider range from three-reel classic to the more modern five-reel multi-payline games. Due to its acquisition of slots specialist companies in its earlier years, the Stars Group is able to offer more than 200 quality slot games for gaming enthusiasts.

What are some advantages of using this software provider?

The company is reputable and the largest poker platform online. It has an extensive list of products giving customers the option to select games of their preference. It also has many years in the field.

The provider makes several forms of communication possible. There are six email addresses available, each pertaining to a different section of the company. Investors and media inquiries each have their own email address which they can use to contact the Stars Group. This allows for quicker responses from the relevant sections.

Are the names Amaya Gaming and the Stars Group interchangeable?

The company is now formally known as the Stars Group. The reference to Amaya Gaming is only to remind players that the group was once called Amaya Gaming.