Aristocrat is a provider that has been around longer than most. Its intriguing history started back in the 50s as a sideline entrepreneurial venture by its founder Len Ainsworth. The core values of this enterprise are based on creativity and innovation through technology.

This provider is reliable, licensed, and secure. It is well known and operates in over 90 countries worldwide. Aristocrat enjoys licensing agreements in approximately 300 gaming jurisdictions.

One thing that sets Aristocrat apart from competitors is their focus on people. Not only do they strive for customer satisfaction and ensuring high-value service, but they also aim to keep their employees satisfied.

Aristocrat also ploughs back into the community. Some of their projects aim to reduce poverty, improve education, reduce inequality, and promote gender equality. Employees are given a day of paid leave annually for volunteering and participating in community projects.

Other foundations supported by this establishment include the National Breast Council Foundation, Cerebral Palsy Support, Soap For Hope, and Solar Buddy. These social endeavours are in line with the founder's philanthropy vision of giving back. 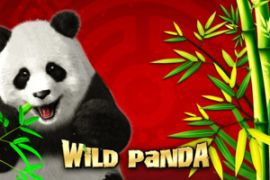 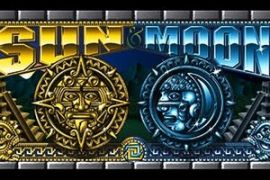 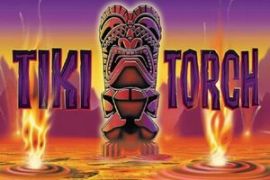 Online Casinos with Slots from Aristocrat

This Australian-based establishment began in 1953 when Len Ainsworth started making poker machines with an Englishmen named Joe Haywood. Their aim at the time was to make poker machines to earn enough money to build dentist chairs. Len Ainsworth’s father was a dentist, and making dental supplies was their business at the time.

At the time, poker machines were not yet legal; shortly after they began their poker machine making venture, an agent contracted them. The contract started with two devices a week and expanded from there.

When pokies were legalized in New South Wales, the business grew even further. This legalization occurred in 1956. It was at this point that the company was named Aristocrat. The market continued to flourish with Len at the helm.

In 1994, a prostate cancer scare threatening his life caused him to make particular adaptations. He divided up his company between his wife at the time, his ex-wife, and seven children. In essence, he gave his company away.

In 1996, Aristocrat was on the Australian stock market, and its share price went up. This establishment managed to secure an operating licence for Nevada in the year 2000. Obtaining this licence was a landmark event for Aristocrat because Las Vegas is the largest gaming market.

In 2013, Aristocrat took the bold move into digital gaming. This was the year that it acquired a company called Product Madness. Product Madness specializes in mobile, app, and online gaming.

In 2014, just a year later, Aristocrat Gaming nabbed the title of Casino Product of The Year, for the game The Walking Dead. Accolades acquired for other slots from this provider, including Best Stand-Alone Slot Game, for the slot 5 Dragons Legends.

This provider has grown from strength to strength over the decades, using its experience, creativity, and community focus to stay ahead in the game.

Aristocrat Games can be found in many casinos across the globe. They are also accessible at many online casinos. Some casinos that have a large variety of Aristocrat slots and games are as follows:

These casinos have a pretty decent Aristocrat Gaming library.

Aristocrat Games can be classified into five categories. Each category has unique features. The first category is referred to as participation games; these form part of the provider's premium slot games and deliver innovative technology. There are more than 25 titles in this category.

The next category is referred to as E series games, and these are designed with the entertainment segment in mind. The C series games are more traditional, with higher volatility levels as well as higher pay-offs.

For those clients who seek out jackpots, Aristocrat provides its J series. This series of games allow gamblers to pursue progressives. The last category of games from this provider is the M series. The M series features the Mad Max Fury Road slot game.

Aristocrat has certainly built up a name for itself over the years. Its games can be found in most casino lobbies, land-based or online. It is one of the largest slot providers globally. Some of the most popular slot games include:

Most Aristocrat slots are themed with exciting graphics and sound. This is true for both the online gaming slots and those at the land-based casinos.

What is the company’s mission statement?

The company's mission statement is bringing joy to life through the power of play. This statement encompasses unleashing the talent of its employees collectively to deliver excellence in customer service.

It was released in 1995 and regarded as a precious component of intellectual property.

Besides acquiring Product madness in 2013, has Aristocrat been involved in other significant mergers?