Ever since the first bingo-like a lottery, millions of people have been coming from all over the world to play bingo, for almost 500 years now. Drawn in by the slow-growing progressives, daily jackpots and something new, such as the high-stakes bingo games that can change a regular player into an instant high roller. Bingo is a game submerged in rules, rituals and special game variations. If a person who would want to pick this game up for the first time, he or she will have trouble doing so if they don’t have any previous guidance. This post should provide some insight into the game if anyone should choose to start playing. 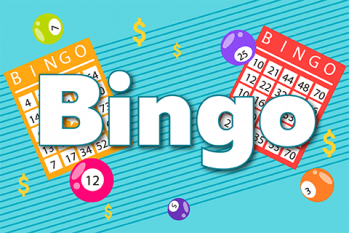 The game goes back to the year 1530, as a state lottery in Italy called “Lo Gioco del Lotto d'Italia". You can still play the same lotto every Saturday, even today. It wasn’t until the early twentieth century that it became popular in the United States. The French obtained the game of lotto late in the 1700s.

One version would use a playing card with 9 columns and 3 rows, with 4 free spaces per row. The caller would reach a container and picked out wooden chips marked from 1 to 90 (1-10 for the first column, 11-20 for the second, and so on and so forth). The winner was the first player to cover one entire row. Europe went crazy for this kind of lottery-type bingo games.

A struggling yet ambitious toy salesman from New York, Edwin S. Lowe, is the person who popularized Bingo as we know it today. While at a country carnival in Atlanta, Georgia, he observed a game called “Beano”. Players would use dried beans to mark their cards as the numbers would show up.

When a player finishes a line of numbers, by yelling "Beano!", he or she would stop the game, and that player would be announced the winner and receive a small prize. It’s easy to see where the game got its name.

Lowe saw how the players were extremely fascinated by this game, and, being so enchanted by the game himself, he brought it back home with him and introduced it to his friends. In one game, a lady got so excited when she won that she impulsively yelled "Bingo!" instead of the usual “Beano!”.

And just like that, “Lower’s Bingo” was born, and by the mid-1930s, all over the country, there were bingo games. To some extent, this was because social clubs and churches quickly grasped the fund-raising potential of the game. Games differ from small enough to fit in a tiny basement to big enough to pack a gigantic hall. Today, 48 states offer legal bingo on some scale.

What are you supposed to do when you get the bingo card pattern? The traditional way to announce that you’ve won is to simply yell out “Bingo!” loud enough to be heard. Once you call bingo, a floor walker or assistant will walk over to the table to verify the result.

To verify the numbers, the assistant will call out the winning numbers out loud for the caller. In swankier arrangements, they will simply call out an ID number on the card, which the caller enters the information into a computer that either verifies or rejects the bingo automatically.

The winning bingo card could be posted for the rest of the night so that other players may be able to inspect it, depending on where you play. In this game, either you win, or you don’t.  Disagreements don’t happen often, but when discrepancies do appear, the bingo manager typically has the final word. The house splits the pot even if two or people call bingo on the matching number.

It’s a good idea to read the posted rules carefully before the beginning of a session, as no bingo hall operates in the exact same way as another. Any extra printed rules for the night supplant what is posted, so be sure to be on the lookout for any special handouts.

Trying to alter a bingo card is just not worth it. Whatever you do, no experienced bingo manager or caller will be deceived. Many halls, if not all of them, will be happy to punish as a way of getting caught cheating, taking legal action to the full extent of the law. Just be honest and follow the rules to play it safe. Here are some of the usual rules you may come across:

It's very important to know that bingo must be requested on the last number called. It’s too late to call for bingo if the caller has already underway in announcing the next ball. Equally, any missed bingos become worthless as soon as the caller closes the game and drops the balls, getting ready for the next game.

It’s a good idea to bring your photo ID, should you win the big jackpot, seeing as how players might have to present a Social Security card and fill out tax reporting forms and earnings right away. On a side note, the hall may well reserve the right to publish the winners or winning cards.