The term 'slot machine' (short for nickel-in-the-slot machine) was originally used for automatic vending machines but in the 20th century came to refer mostly to gambling devices.

The beginning of the first slot machine was at the end of the 19th century in the United States. It had five drums holding a total of fifty card faces and it was based on poker.

The name has its origins from the sloth in which the player inserts one or more coins or tokens into a slot and pulling a handle or pushing a button to activate one to three or more reels marked into horizontal segments by varying symbols. 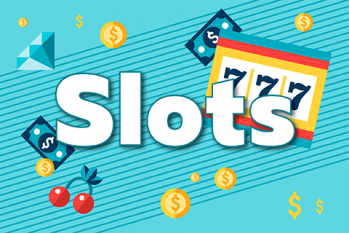 Because of the lever or handle the slot machine is also known as a one-armed bandit, and regarding the pictures on the reels which usually were different types of fruit like cherries, watermelons, lemons have its second name fruit machine.

Traditionally used symbols include stars, card suits, bars, numbers (of which 7 is a favorite).  At first, the prize from this machines wasn’t bare cash.

Early machines, such as the trade stimulator, gave out winnings in the form of fruit-flavored chewing gums with pictures of the flavors as symbols on the reels.

The popular cherry and melon symbols have their origin from this machine. The BAR symbol now common in slot machines derives from an early logo of the Bell-Fruit Gum Company.

The payment of food prizes was a commonly used technique to avoid laws against gambling in a number of states, and for this reason, a number of gumballs and other vending machines were regarded with mistrust by the courts.

Originally the first slot machines in the modern sense were invented by Bavarian-born American inventor Charles August Fey. He was a mechanic in San Francisco, who built his first coin-operated gambling machine in 1894. The following year Fey built the 4-11-44 in his basement. It had great success at a local saloon.

This made him quit his job and opened a factory to produce more units. In 1898 Fey built the Card Bell, the first three-reel slot machine with automatic cash payouts. The Card Bell had a laver that set the reels in motion when it was pushed down and playing card suit-marks that lined up to form poker hands. His next slot machine, the Liberty Bell, was built in 1899 and used horseshoes and bells as well as playing card suit-marks on the reels.

Three bells lined up in a row meant the top payout. Chiefly because of the 1906 San Francisco earthquake, only 4 of more than 100 Liberty Bell machines built by Fey survive. The Liberty Bell gained immense popularity among saloon patrons in San Francisco and was quickly copied by Fey’s competitors, such as the Mills Novelty Company of Chicago.

They added on their reels a picture of a chewing gum pack (soon stylized as the well-known “bar” symbol). The Mills Novelty Company also invented the “jackpot” in 1916, by which certain combinations of symbols on the reels lead to spewing out all the coins in the machine.

The popularity of the machines went on a high level in the 1920s all around the United States and had their continuous admiration during the 1930s in the years of the Great Depression. The ending of World War II was a productive ground for worldwide usage of the slot machines concerning the tax revenue which the governments were drawn by.

Over the years, as the growth of technology has its swing, the structure of the slot machines is changing. From manual use to touch-screen buttons, and in many cases the traditional handle is not functional but is left as part of the machine just to remind us nostalgically of the good old days.

How to Read a Slot Machine

At first glance, all slot machines look like they are all alike. There are handles, coin slots, flashing lights… but they are far from same. There is a lot of information that is useful in determining which machine is the right one for the player.

The right way to separate one machine from another is to first read the payout schedule on the front side. On all typical slot machines, there is marked denomination of the coin.

It is common for a player to insert a coin of wrong denomination, resulting in the machine to drop it back into the tray. After more careful observation, the player discovers that the denomination is wrong (for example a quarter coin is inserted in a dollar machine). This is the first thing that should be considered.

Bonus Multiplier is a machine with a similar operation like the Multiplayer except for the bonus that is offered when a maximum number of coins is played and the jackpot is hit. For the same three symbols won by playing the maximum number of coins, the bonus can be tenfold the sum of one coin played. For example, if the jackpot for one coin is 1000, for two coins 2000, for maximum coins can be 10 000.

Multiple Payline, as the name suggests, is a type of machine that has more lines of play which are activated by separate coins. The number of lines goes from 3 to up to 9 lines on the modern video machines. If the player hits a win on a line that is not activated by a coin, there’s no pay to be received.

Buy-a-Pay machines are the most misunderstood because each coin is activating a different payout. For the largest jackpot to be received, there is need to play the maximum number of coins. Those machines should be avoided in any case except if you are playing on the maximum number of coins. Let’s take for example the Sizzlin 7’s, a machine that pays for cherries, bars, and sevens. Playing on one coin collects only the cherries, two coins collects the cherries and the bars, and only three coins play collects the sevens which pay 1000. Hitting the jackpot with one coin gives nothing.

Progressive slots are made in a way that a certain percentage of the played sum is added to the jackpot pool. The payback of all of the lesser wins is lowered by the percentage and the money go to the big prize, a life-changing jackpot that is kept by several linked casinos. Examples of such machines are Megabucks and Quarter Mania.

This scheme of progressive jackpots may also function within the same casino, creating a sort of mini-jackpot.

It is advised to play this type of machines only with the maximum coins, no less. There are cases of players hitting the mega jackpots worth millions, but receiving sums of only a few thousand because they played on one coin.

Even if those million dollar chances might be only stories in the rank of urban legends, it is certainly common that people are playing on short coin game and losing progressive jackpots of a lesser value.

All the needed information is presented on the front side of the slot machines so it is strongly recommended paying attention and read the machine. It will help a lot in choosing the best suitable machine for you.