Monkeys of the Universe Slot Online from Stakelogic 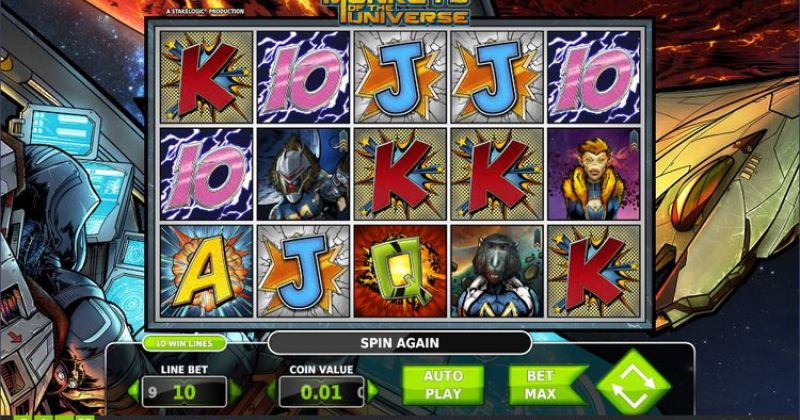 Where to Play Monkeys of the Universe 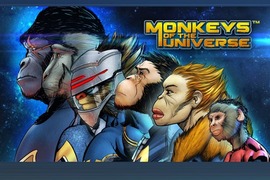 Buckle up for an intergalactic ride with a team of heroic chimpanzees, where you’ll join forces to fight evil. The effort that Stakelogic put into this 5-reel, 10-payline video slot is hard to miss. Plus, keep your eyes peeled for the exciting bonus round. Read on to learn more about the electrifying world of Monkeys of the Universe.

Monkeys of the Universe is a video slot that takes you into an alternate universe with heroic monkeys. It follows a simple format with 5 reels, 10 paylines, and two bonus rounds. However, an above-average RTP rate of 97.16% and a jackpot of 5,000x will keep you engaged on any compatible Android or iPhone device.

What's fantastic is that it's suitable for players of all levels because it doesn’t have any wilds to confuse new players. The minimum wager of £0.10 and a maximum of £50 make it ideal for all budgets, too. Plus, it has a low-to-medium variance.

One of the downfalls is that there aren’t many bonus features like wilds, but the quality is always better than quantity. If you’re looking to come out a winner, be on the lookout for the scatter win and the wheel feature.

The caped crusader is the representation of the scatter symbol. If you hit 3 of these symbols on any of the reels, it will reward you with an awesome prize. There isn’t much variety in terms of exciting characters, but there are numerous winning combinations triggered so that you could win more prizes.

You could win 2x, 5x, or 50x if you see three, four, or five of the caped crusaders anywhere on the reels. Also, be on the lookout for the ape-like character with an M symbol on his chest because he pays the highest. If you land 5 of the M symbol characters on one or more of the paylines, you could win up to 5,000 coins.

There are no free spins, but with the enticing bonus round, you won’t miss it. If a winning combination appears on any of your paylines, it’ll trigger the bonus wheel.

Then a massive wheel adorned in futuristic symbols appears and starts spinning until it lands on a chosen icon. Any reels with the same image will also spin simultaneously, increasing your chances to win big in the bonus round!

Monkeys of the Universe Hits and Misses

Although it has its downfalls, there are more things to look forward to when playing Monkeys of the Universe. We’ve compiled a list for you to simplify the hits and misses.

Although Monkeys of the Universe lacks in some areas, the jackpot is massive and very tempting. If there were more bonus rounds, this would add more diversity to the game, but the bonus wheel could win you big payouts, and it’s also a treat for your eyes.

What is the RTP for Monkeys of the Universe?

Can I Play On a Mobile Device?

Yes, the game runs smoothly on any Android or iOS device.

Are There Free Spins?

No, there are no free spins, but there’s an exciting wheel spin bonus round.