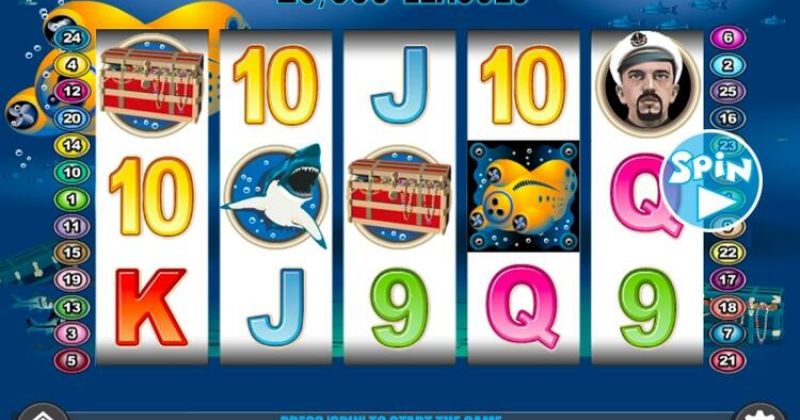 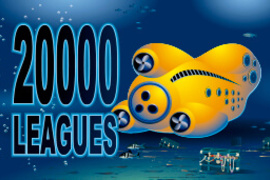 Experience the underwater adventure with Captain Nemo in the vast blue seas. Released in 2007, 20,000 Leagues is a slot characterised by a steampunk underwater theme. The 20,000 Leagues slot transports you to a futuristic submarine, miles under the sea and you get to spin the reel to get fantastic payouts.

Based on the 1954 Disney movie 20,00 Leagues Under the Sea, the slot tells the story of Captain Nemo and his adventures finding hidden treasures in the ocean’s depths. It’s a classic slot with colourful graphics that are a bit dated. It also includes icons like a shark and Captain Nemo.

The 20,000 League slot has all the usual jack, king, and queen emblems and custom icons, including the Shark, Treasure Chest, Captain, and Submarine. There are two wild symbols: the 20,000 League logo and the Submarine icon. The two form a winning combination and replace other symbols.

The Submarine icon has the most potential because it offers loads of free spins and multiplier wins. It does, however, only land on reel one, two, four, and five.

The 20,000 League logo only pitches on the third and middle reels and awards instant free spins. A winning combination of Captain Nemo, the Shark, and the Treasure Chest gets you instant cash.

The only bonus feature, besides the wilds, is the free spins. When the Submarine and the 20,000 League logo appear on the reel simultaneously, it activates the Free Games Bonus. During this feature, you’ll get 10 free spins for every Submarine you land.

Like with most games, something that appeals to you might not appeal to someone else. The slot has various pros and cons.

20,000 Leagues might not appeal to everyone, but many features make it viable. Originally based on the 19th century Jules Verne novel and 1954 movie by the same name, fans will have a blast with this underwater classic.

The lack of real bonuses and its outdated graphics is an unfortunate drawback of this game. However, the design is nostalgic and the substitute wilds’ great winning potential is an advantage. 20,000 Leagues might be most appropriate for new players who are trying to find their sea legs with a simple game.

What is the most valuable symbol?

The Submarine icon is the most valuable. When combined with the logo icon you get instant free spins.

Yes, you can. The game is mobile compatible and you can play it on IOS, Android, and Windows.