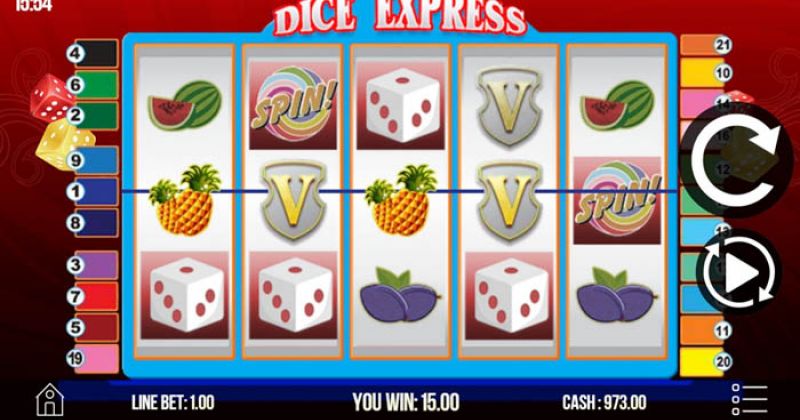 Viaden Gaming's Dice Express is the first in a sequence of slots. This is the version geared toward penny slot fans and bargain seekers. Dice Express has wild symbols, two bonus rounds, and scatter symbols despite the low stakes. When using the 0.05 coin bet, it also gives a 10,000x jackpot.

Dice Express has 21 paylines that span across five reels. The betting coin values range from 0.01 coins to five, and the Dice Express bonus is an x1,000 multiplier. The slot architecture is basic, but it contains so many colours that it creates a fun atmosphere.

Dice Express Slot has a variety of fascinating symbols on its reels. They aren't separated into high and low-value symbols like most other slots. When you play Dice Express, you get two bonus features.

You’ll see some very intriguing symbols in fruit forms on display, including the classic fruits used in other slot games, such as the lemon, watermelon, pineapple, plum, and cherry, all representing the lower-paying symbols of the paytable. There’s the Wild Spin symbol that substitutes for all others and, finally, the Scatter symbol. Both the wild and scatter trigger the bonus games when you land enough of them.

When you get five of the dice symbols on active paylines, a bonus round is triggered. You'll be led to a different screen with a Monopoly-style game board for this round. You then have seven attempts to win by rolling the dice. Each roll rewards a multiplier that ranges from 15x up to 200x your wager.

Since the slot's segments transport you backwards, forwards, or keep your turn, not every turn will result in a win. If you get five of the Spin icons, another bonus round is triggered. This activates a game similar to Wheel of Fortune, in which you'll be given nine spins to win random prizes.

Dice Express could be greatly improved when compared to the top slot games available today, but we like it just as it is nonetheless. There’s always room for improvement in any slot game. Here’s a closer look at this game’s hits and misses.

We must confess that the two bonus games happily shocked us by including much more compared to the normal gameplay. When you consider the high payouts, low stakes and how easy the game is to play, we believe Dice Express will thrive in the competitive online slot industry. 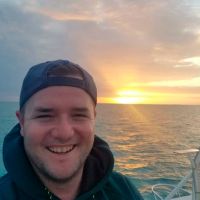 Having spent a lot of time learning all he can about coding, Samuel is dedicated to improving the efficiency and performance of our website. He ensures the safety and security of the site as well as providing a safe and satisfying game experience.

Do I Need to Make a Deposit to Play This Game?

No, you can play the game for free in demo mode.

Is There a Most Valuable Symbol in Dice Express?

Yes, the dice and spin symbols are the most valuable in Dice Express as they trigger the bonus games.

Does Dice Express Have a Decent Return to Player (RTP) Rate?

Can I Earn Real Cash Prizes in Dice Express?

Yes, if you play for real money through an online casino.

Does the Dice Express Slot Have a Jackpot?